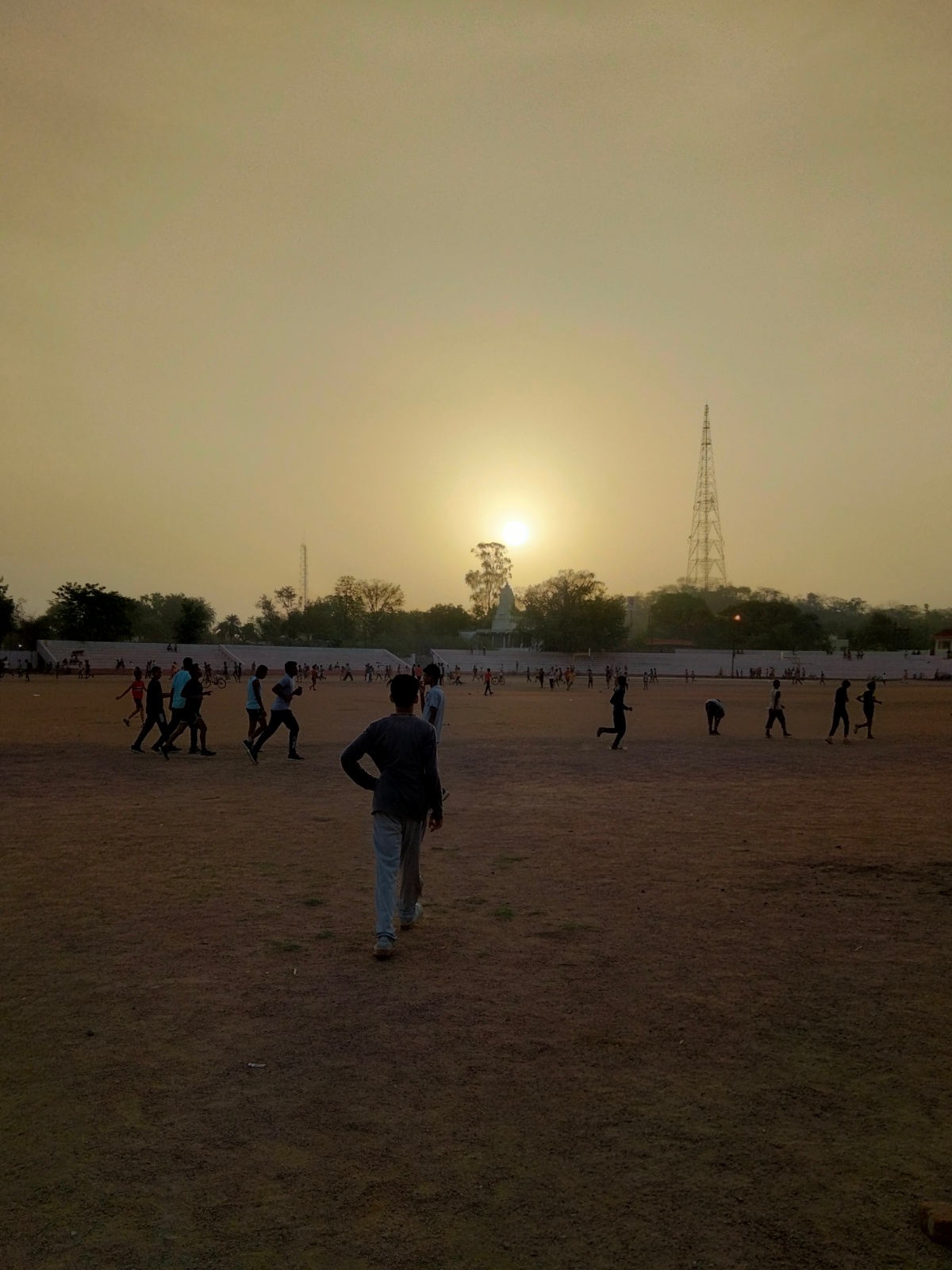 1. Sometimes weaving of threads is neither fiction nor nonfiction, neither significant nor non-significant.

2. “KK is coming downstairs,” SSY told me yesterday. It was in the afternoon. I had assumed that there was a cafe with a playstation which allowed youngsters to play games like PUBG. “Is he a Pundit,” i asked–to which he had no definite answer.

3. I am greeted by an acquaintance over a call in the evening. He went on a pilgrimage with his family. As i received prasadam the discussion gradually rambled towards eschatology.

4. He takes my leave. These days are known as “Nine hot days of Summer.” They’re especially hot in this region known as Bundelkhand. It’s a terrain full of stones and shrubs. Very few trees. After a brisk walk with AG i leave for the place where i stay.

5. But to my surprise there’s a call from RJ-an old associate who used to be my colleague and friend while i was a techie in Bangalore. Other than usual we recall how we went to theatre twice to watch Inception during office hours. It was a magical experience and later we had philosophical discussions. Nolan’s ideas always took scientific research into account before being expressed in form of movies but my interpretation used to be philosophical and mystical.

6. An individual with initials SC belongs to Kolkata. He was a subject of discussion for a few minutes because he joined with RJ. His birthday was on August 23. It’s similar to ASD’s birthday. There were two teammates with the same day of birth. Nothing extraordinary right?

7. After dinner i lay down on bed watching stars. Soon falling asleep i am woken up by a strange collective howling. Dogs are crying together for no apparent reason. I have neither willingness nor power to examine it. I sleep soundly and wake up as usual to find notification which says :”KK dies of heart attack during a concert.”

9. He was one of my favourites along with Aatif Aslam and Kunal Ganjawala during college. Though he didn’t win many accolades there were many happy evenings thanks to his melodious voice. He had no formal training in music.

10. This wasn’t an isolated event. Though there are no isolated events; when they’re as frequent as recent deaths of popular singers: it raises questions about existence. Death is still a mystery at large.

11. Siddhu Moosewala, KK and another malyali singer collapsed within a week.

12. I lay down for siesta. Ants bite me. I recall a dream, then another and then another. All karmic fiction with original sin. Whether you accept it or not: it’s about fear, shame and death. It’s beyond reason. It’s of no use for a reasonable man. Hence i don’t bring it out for connecting threads here.

13. I hire a taxi for railway station. Stay tuned.

You View all posts by dancinglightofgrace

One thought on “RIP KK”